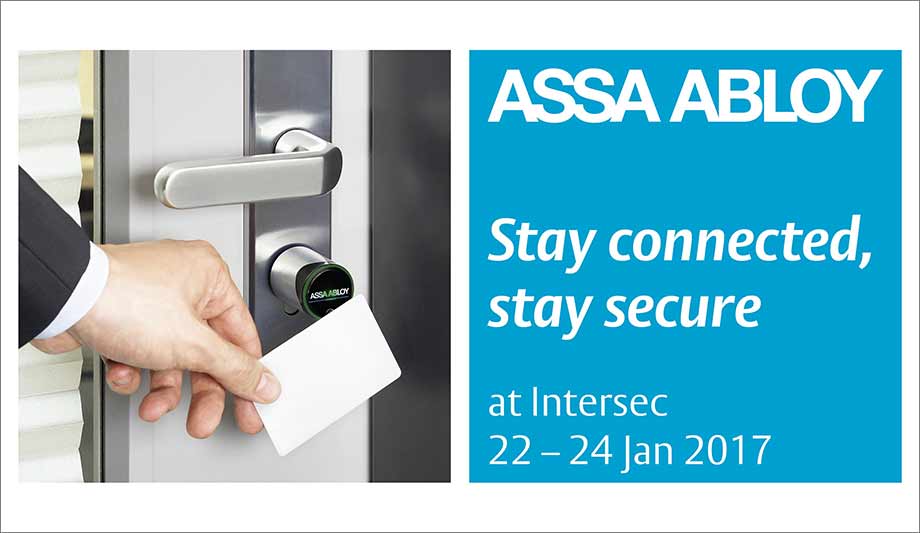 As public and private sector organisations around the world seek cost-efficient access control solutions that do not compromise on security, the spotlight falls increasingly on wireless technologies — the heart of the ASSA ABLOY showcase at Intersec 2017, in Sheikh Saeed Hall 2, Stand H12.

Wireless technology is easy to install and maintain, and also makes it cost-efficient to bring electronic access control much deeper into a site than would be possible with wired access control - boosting security in the process.

A major move towards wireless is borne out by ASSA ABLOY research published in “The Wireless Access Control Market in 2016”, which found 29% of premises using a wireless or hybrid wired/wireless access control system, with 5% of premises already fully wireless.

“In wireless access control, we continue to be a global market leader, as was again recognised by our place in the annual A&S Security 50,” says Thomas Schulz, Director of Marketing, and Communications at ASSA ABLOY EMEA. “Our wireless product portfolio includes card- and key-based wireless access solutions for stand-alone use and for integration with other systems.”

“We see an increasing emphasis on integration and interoperability,” he continues. “Customers now expect an access control system to work seamlessly with their CCTV, alarm, HVAC and other building management systems, even if those systems are made by different manufacturers. That’s why it is becoming increasingly important to build technologies that adhere to open standards, such as the OSS Standard Offline, as we do with our Aperio wireless locks.”

• Key-based wireless access control: CLIQ is a security locking system based on high-end microelectronics, programmable keys, cylinders, and padlocks. New innovations bring the power of CLIQ to a mobile phone. The CLIQ Go app enables managers of small and medium-sized businesses to administer security and access rights on the move, from anywhere in the world. A few taps of a screen is all it takes to revoke, supervise, or amend an individual’s access rights. Highly commended in the 2016 Detektor International Awards, CLIQ Connect enables streamlined workflows for a larger organisation’s mobile workforce. The new Connect app pairs a programmable CLIQ Connect key via Bluetooth, to the cloud-based CLIQ administration software, allowing mobile workers to update their access permissions in the field with a smartphone.

• Residential smart connected door locks: The Internet of Things (IoT) continues to make inroads in the consumer sector, and ASSA ABLOY already has the widest range of domestic smart door locks on the market - many distributed internationally by the long-established Yale brand. The Yale portfolio features both stand-alone and integration-ready connected locks, including ENTR, which allows users to unlock their front door with a smartphone, PIN code, remote control, or fingerprint. ASSA ABLOY smart door locks are compatible with all major global door formats. These innovative locks can also work with multiple smart-home platforms, including Samsung SmartThings, the UK’s O2 Home, innogy SmartHome in Germany, Pronet in Turkey, and many others — allowing homeowners to control several domestic functions from a single app or interface. 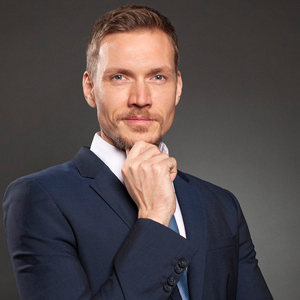