ASIS International, the global organisation for security professionals, has recently completed its first international event in mainland China, which was held in Shanghai on 3 and 4 December.

With some 150 attendees from 18 countries, the conference was sold out.

Presentations on day one included Patrick Wang, Head of Security Asia at Bekaert who spoke on the topic of corporate security culture, and Rain Teng, Security Director, Cardinal Health who talked about social engineering. The first conference day closed with the President's Reception which was sponsored by Tyco.

Day two of the conference started with a dynamic presentation by Dr. Marc Siegel, commissioner of the ASIS Global Standards Initiative, on using standards to align security with business. Other sessions included Colin Chen, Greater China and Southeast Asia Director at Johnson & Johnson, who spoke on IPR protection issues in China, and Wesley Fan, Asia Regional Security Director at Walmart, who spoke about the effective use of anonymous whistle-blower mechanisms to detect and investigate corporate fraud.

The closing keynote was delivered by Totti Karpela, Director of Hong Kong-based Peace of Mind Threat Management, about psychopaths in the corporate world.

Conference attendee Andy G. Torrato, Assistant Vice President- Physical Assets Security at Aboitiz Equity Ventures Inc. commented, “The ASIS China Conference was indeed very informative and kept me updated with new standards, case studies and best practices shared by peers in the security industry, particularly in terms of business resilience and creating a security culture. My network has expanded and I have created new friends from across the world. It is definitely a worthwhile event and I am looking forward to next year.”

On concluding the conference, ASIS President-Elect, David C. Davis, CPP remarked “I think it was an outstanding event for our first outing in mainland China.”

Establishment of the ASIS Shanghai Chapter

The event, which was sponsored by Tyco, CRI, China City Guard, Global Rescue, G4S, ICD, Abloy, and Redpoint Resolutions, follows the establishment of the ASIS Shanghai Chapter in 2014, strong membership growth in China, and aligns with the ASIS Board of Directors’ goal of increasing the Society’s global presence.

ASIS International plans return to Shanghai with a second iteration of its China Conference in the last quarter of 2016. 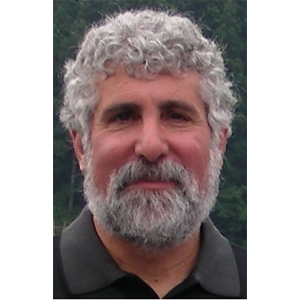