The lethal November 2015 terrorist attacks against several soft targets in Paris have inspired changes in security at facilities considered soft targets across the United States and around the world.

It’s a challenge. Soft targets are typically soft because they must provide easy public access. A public facility with too much security or the wrong kind of security can discourage the public from visiting.

The Walt Disney Theater, the largest of the three, seats 2,700 people and handles major theatrical and concert productions. The two smaller theatres each seat fewer than 300 people and accommodate private groups such as weddings and corporate events.

Construction will begin this year on a medium-sized, 1,700-seat theatre. It will form a wing of the existing building. Another theatre will break ground in several years and attach as a second wing on the other side of the building.

The main building was up and running when Chris Savard came on board as security director a year ago. He and Andy Frain Services, a security management firm retained by the Phillips Center, worked together to design and implement a comprehensive security programme.

“As a cultural and arts centre, the facility hadn’t really focused on security,” Savard says. “They weren’t even checking bags at entrances.”

Savard’s first move was to remedy that and begin checking bags. He was stunned to learn that the bag checkers immediately began to collect large numbers of guns and knives that people were attempting to bring into the theatre.

The warm Florida climate leads many residents and vacationers to don loose-fitting shirts that aren’t tucked in. So Savard is also thinking about “wanding” visitors randomly (using a metal detector) as a supplementary weapons inspection.

“While the building wasn’t designed with security in mind, some of the design features are useful,” Savard says. “For instance, there are tunnels that cross under the building. The purpose of the tunnels is to facilitate moving equipment and set pieces. But it also creates an escape path for people in the building and an entrance for emergency responders.”

Savard instituted video surveillance, placing about 60 fixed and pan-tilt-zoom cameras throughout every level of the facility and outside the front entrance. The “back of the house,” where cast members are often in various stages of dressing and undressing, has no cameras.

Plans include the installation of a guard tour system with more than 30 touch points for security officers to tap with a wand as they patrol.

Another element of the training programme covers situational awareness. Employees learn techniques of behaviour pattern recognition to enable them to identify and approach individuals exhibiting behaviour patterns that may indicate security threats. Self-defence training is part of this as well.

Finally, Savard asked the Department of Homeland Security (DHS) to conduct a security assessment and make recommendations. During the assessment, DHS developed a 3D virtual analysis of the centre that calls out access points and pathways through the building. First responder teams dealing with emergencies can access the analysis and plan the safest, most effective response.

In the end, Savard’s programme touches all the bases without becoming oppressive. The programme provides a tutorial on securing soft targets without harming the appeal of public facilities. 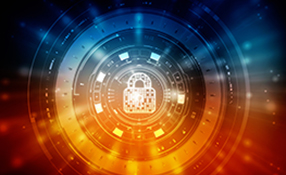 A brief history of ONVIF: How the global industry standard has grown

End-to-end solutions are a dead end: The road to the future is OPEN