For Axis Communications, Atul Rajput, Regional Director for Northern Europe, said the Internet of Things will have a big impact on security systems. Having been a leader in the IP video space, Axis is now involved in applications such as audio, intercoms and HVAC (heating ventilation and air conditioning) -- all over IP. Looking ahead, in five to 10 years, the Internet of Things will include sensors that can report back information such as environmental data and the interconnectivity in smart homes. “Now we’re involved in access control, horn speakers and retail analytics such as people-counting,” said Rajput.

Over at Hanwha Techwin, a press conference highlighted one pioneering application -- using video to monitor a person’s vital signs such as breathing and heart-rate. Such a set-up could, for example, be used to monitor the wellbeing of detainees in police custody.

Again today, H.265 compression was mentioned as a popular feature among exhibitors. Hanwha Techwin uses its own Wisestream compression technology in addition to H.265. The company says Wisestream can deliver up to a 50 percent reduction in bandwidth, with this rising to 75 percent if used with H.265. To put it another way, when you combine both with 4K images, the bandwidth required is the same as that for HD video.

H.265 not the only compression standard in town

But not everyone has been carried away by H.265. The folks at Axis use something called Zipstream compression and H.264; the thinking is that most video management systems don’t yet support H.265. Zipstream uses a dynamic frame rate that reduces the rate to its lowest when a scene is static, then increases it when there is movement or activity. Say you reduce your video storage by half, it translates into needing less hardware and less cooling, thereby reducing the carbon footprint of the end-user.

Another big talking point was HD over analogue, or AHD. At Hanwha Techwin, for example, where they have a full range of AHD cameras and NVRs, they say the technology has “taken the market by storm” – especially in the UK, southern Europe and even Nordic countries. It seems existing analogue infrastructures, their ease of installation and low cost of implementation account for the high demand for this video technology.

Partnerships and integration were also big themes at this year’s show. VMS (video management system) supplier Milestone Systems announced what it describes as a “deep level partnership” with access control specialists Nedap. “Milestone always [was] an open platform company because we couldn’t do everything ourselves,” said Kenneth Petersen, Chief Sales and Marketing Officer. “We now want to take this to the next level to be an open platform community. Together with our partners, we can offer the best solutions.”

Sieger Volkers, Managing Director of Security Management at Nedap, said: “The best of video management and access control will be combined into a solid, seamlessly integrated security solution. We’re committed to developing a deep integration between our access control platform AEOS and [Milestone’s] XProtect, reducing delivery risks and complexity for our mutual partners.”

Hardware and software in harmony

With this approach, Milestone hopes to provide more certainty about different software and hardware working well together, which should make life easier for integrators too, who are just beginning to integrate IP access control and video. A deep partnership, however, does not merely involve working together from a technical perspective but also with commercial operations such as sales and marketing.

Milestone also announced a new global partnership with one of its existing partners, Dell OEM Solutions, which helps customers who have their own intellectual property to bring their technology to market. Dell will be able to fully test Milestone’s VMS and can simulate large camera systems, showing customers how their systems will perform before committing to them.

Finally, speaking of VMS, AxxonSoft has brought these systems to a whole new level. The company was demonstrating what is said to be the first video transmission to a VMS from an HD-equipped drone. It incorporates a 14MP fisheye lens camera, flies at a height of up to 150 metres and can deliver images wirelessly within a 2km range. It is capable of providing video analytics and face recognition and should be available later this year. 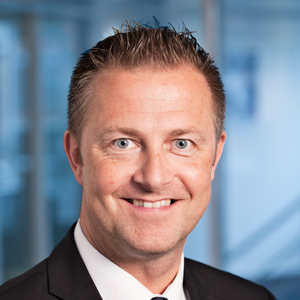 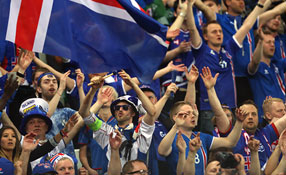 Unease about security of Members of Parliament escalates after Cox tragedy