From reactive to proactive - intelligent CCTV security for a modern world

monitors hour after hour, in the hope of pinpointing all possible risks.  The challenge has been to find a robust technological solution to address these weaknesses, without the added hindrance of generating false alarms.  Currently the responsibility of threat recognition rests solely with the security operative; previous attempted enhancements of analogue CCTV systems have proved ineffective.  Part of the problem lies in the fact that, until now, cameras have had no installed intelligence and could play no active part in the detection process.  As a result, all too often surveillance recordings may provide evidence of a crime committed rather than helping to prevent the act.

By finding a way for technology to carry the burden of relentless detection, an innovative solution has been developed that takes the potential effectiveness of security measures to an exciting new level.  It's a solution that fundamentally changes the nature of the activity and through network video monitoring puts it firmly on the proactive front-foot of a security operation.

There are three main elements to the new, and in every sense more ‘intelligent', approach to monitoring, which combines Sony cameras and software, within a highly developed IT architecture.

Groundbreaking intelligent cameras can actively detect individual risks, and work along with software that interprets and highlights security issues.  With the new technical architecture underpinning it all, these developments are set to produce a new and more effective era in network video monitoring.

The intelligent cameras can, for instance, independently recognise visual security breaches, such as abandoned packages or suspicious movement.  To the jaded human eye what may be ignored as just another package amongst a bustle of activity will not be missed by a tireless intelligent camera.  Likewise, the natural and measurable drop-off in attention of scanning busy crowds of flowing people is not something that the camera ever suffers from.

The cameras are sophisticated enough to know the difference between moving people and safe background conditions, such as blowing trees or splashing fountains, so that those areas no longer need to form a security blind spot as they do with current analogue CCTV.  Most of the time-consuming false alarm scenarios can be eradicated too.

There are other advantages.  The camera's intelligence, added to the fact that it is Internet Protocol (IP) based, means that it shares the data processing burden.  As a result, bandwidth requirements are minimised because only legitimate threat images and data need be sent and stored.  In a security environment where monitoring may be happening 24/7, screening out irrelevant data is a major step forward.  Not only does it make a huge difference to the cost and management of the captured material, but also for fast and accurate results when searching through historical data.

Monitoring software that analyses, assesses and responds to the images it sees via the new intelligent cameras provides the vitally consistent support that security professionals need.  By alerting and directing operatives to the visible threats within a frame of video, the monitoring software provides more than just a safety net; it delivers proactive detection.

The software is designed with the practicalities of security work in mind.  An unmistakable on-screen highlight box locates a threat, captures the observer's attention and leaves no room for error.

That the whole system can run efficiently and effectively in a ‘live' environment is down to the Distributed Enhanced Processing Architecture (DEPA) - a system that brings valuable workflow attributes.  Having intelligent cameras in the same network as the servers that are running the security software opens up significant benefits.  For one, the processing workload is shared and this immediately reduces demand on the network.

Now a multi-camera security set-up doesn't have to be complex and difficult to monitor either.  The software can guide personnel to the hot-spots and the right screens to watch.

Some of the return-on-investment benefits of bringing security video cameras into the network, and away from the stand-alone world of analogue CCTV, will be immediately clear.  It is no longer necessary to run, manage and upgrade two separate systems.  The same investment that enables a company to save money on voice over IP can now also deliver the benefit of an intelligent security system.  Use of the network also allows the technical possibility of additional hardware devices functioning alongside the network video monitoring, allowing features such as triggered lighting or door locking.

An intelligent, DEPA enabled security system can also be configured in other ways to give the type of support that specific operatives may require.  For instance, alarms can be triggered by bodies moving beyond boundaries that have been set in a field of vision or in directions that are prohibited.  No movement ever becomes so routine and mundane that it will be ignored.

Using intelligent tools that never get tired of accurately processing endless visual data, security staff can apply their judgement and experience based on clear information.  In very practical terms, a DEPA network video monitoring solution enables security personnel to utilise the greatest strengths of technology to do their job more effectively. 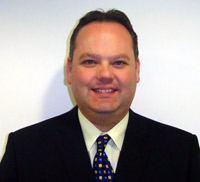 Open industry standards - the next steps in network video