There’s a new international company in the security market this week with the acquisition of Siemens’ Security Products business in Europe by Vanderbilt Industries, a new U.S. company that rebranded the Schlage Security Management Systems (SMS) product line after acquiring it from Ingersoll Rand in August 2012.

The European arm of the new global player will be called Vanderbilt International, based out of Germany and led by Managing Director Joseph Grillo, who many remember from his days at HID and later ASSA ABLOY.

The newest acquisition suggests plenty of interesting opportunities, and some questions. An immediate European and global footprint is great, but how might the newly acquired parts of this growing company work together to form a cohesive whole? While separate operations on either side of the Atlantic are nicely complementary from a market share perspective, is it enough for the two businesses just to coexist? To coalesce strategically as a company, don’t they also need to reinforce each other?

Siemens’ Security Products business, part of the Building Technologies Division, includes well-known and established brands such as Bewator and Cotag in access control and Alarmcom and Europlex in the intrusion alarm sector. The products are sold in Europe through an established installed base of customers and loyal resellers. (The business is completely separate from the Siemens Building Technologies fire safety and security business familiar in the United States.)

Siemens has been an aggressive and ambitious player in the European security market. At the recent Essen trade show in Germany, for example, Siemens introduced the new Aliro access control system with clearly structured system architecture for easy planning and configuration and with Web-based remote monitoring and configuration.

The acquisition both expands the global reach of Vanderbilt’s parent company, ACRE Ltd., and greatly enhances its technology capabilities and product portfolio. ACRE was formed in 2012 by Grillo, a 30-year veteran of the electronic security and identification industries, and Will West, HID’s former global chief financial officer (CFO), as a platform to initiate acquisitions in the security market, focusing on access control. The first acquisition in 2012 was the Schlage SMS business, which began under the name of Geoffrey in 1989 before being sold to Ingersoll Rand in 2003. ACRE also acquired Mercury Security’s open platform access control panel business in May 2013.

An advantage of our fragmented market is the abundance of opportunities for mergers and acquisitions. One can always find a target if he or she has the money (or financing). Acquiring a new start-up here or a non-core business unit there is a great way to build a business quickly over time. Some acquisitions are strategic; others based on opportunity. In every case, the hope is that the business will perform better under a new owner and contribute positively to the acquiring company’s overall success. Ideally, companies that are built like this wind up being greater than the sum of their parts. Creating the company you want at the back end requires picking and choosing the right acquisition targets, and shaping an overarching company culture that allows all the parts to succeed as a unified whole. It’s more an art than a science.

It’s great to see access control guys like Joe Grillo still making things happen. If you don’t see a career fit with any of the existing companies in the market, what do you do? Easy, just build your own company, block by block and acquisition by acquisition. Grillo makes it look easy – and fun to watch. Could there be more to come?

Extending perimeter protection beyond the fence line with SpotterRF 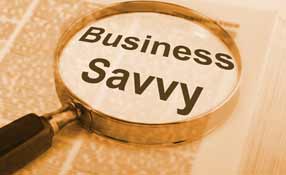 An ASIS exhibitor notices how trade show attendees are changing 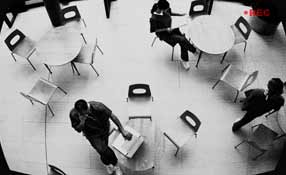