Designers and end users of security systems, integrators and installers must consider and balance the functionality required of a video surveillance camera with its methods of transmission. This is the first of a 3-part examination by Mark Wilson, Marketing Vice President of Infinova, of how chief security officers (CSOs), directors and managers can understand the benefits of and how fibre optics enhances the operation and business bottom line of their surveillance solutions.

With the continuing transition from analogue to digital video surveillance, reliable transmission remains a crucial requirement. However, the usual transmission material, i.e. coax cable, has only limited reliability. With many legacy surveillance system installations, coaxial cable handles images from a camera to monitoring or recording, or both. Yet coax can often restrict transmission distance and cause signal degradation over long cable runs, not to mention interference.

Getting back to video signal transmission, it is important to note the practical differences among transmission methods. Security end users, their designers, system integrators and installers must consider and balance methods of transmission with the needed functionality of security cameras in light of the following:

Coaxial cabling has, for years, been the traditional transmission method of video surveillance traffic, with the presence of a coax BNC connector on almost every security camera .

The most common coax cable is RG-59U. This cable provides a generally acceptable quality video path from a camera to the head end out to 230 m - the maximum recommended distance between an analogue security camera and a digital video recorder, head-end or monitor.

In the case of power transmission to the camera, many installations employ so-called Siamese cable - a single RG-59U wedded to an attached 18/2 cable, for both power and video. Still, some distances will increase voltage drop and it is necessary to select a power supply and cabling which match necessary voltage to distances. Today, especially in cases of new and upgraded security installations containing scores of surveillance cameras, a minority have coaxial, while a majority boast Cat 5/UTP and fibre optics.

To some degree, the security shift has been spurred by the popularity of local area networks in most enterprises. Information Technology's (IT) means of transmission is gravitated to Cat 5/UTP wiring as well as fibre optics, often as an overall communications backbone. Security cameras can be more easily installed, using existing UTP cabling or fibre previously laid for enterprise network use. Corporate and government IP-based platforms have thus accelerated the security shift to such designs, especially where video surveillance is concerned.

Use of video baluns for effective transmission of surveillance video

When it comes to existing UTP, it is important to consider one warning- existing enterprise cables must first be verified in order to meet security industry standards for video performance.

UTP cabling is lighter and easier to install (translate that to lower end user installation cost) than RG-59U. While the material itself is less expensive than comparable lengths of RG-59U, there still remain challenges and costs when pushing analogue video signals through UTP cable.

The process requires conversion of the camera's unbalanced BNC output into a balanced signal that can be carried on one pair of the UTP. When reaching a head-end or video recorder, the signal must be reconverted to handle a standard BNC-type connector. This means use of a balun.

A balun is a device that connects a balanced line to an unbalanced line. It allows a signal of one impedance (a measure of opposition to an alternating current) value to be transmitted over a cable that uses a different impedance value. A video balun lets a system send video signals over a cable not meant for video.

A point to consider in the use of a video balun is its necessary correspondence with a Cat5 cable. Coax cable, which transmits video, has an impedance of 75 ohm, while Cat5 has a100 ohm impedance. Therefore, baluns convert the original impedance to the impedance of the cable, and then back. Baluns are used in pairs; one on each end of the cable. Most significantly, transmitting video over Cat 5, without the use of video baluns, produces ghosting images, due to delays in the signal.

There are two types of baluns: passive and active. Passive baluns convert the signal while active baluns impart an amplification method to increase transmission distance. UTP/ balun uses a single pair of a typically four-pair cable to handle the video, so three pairs can potentially provide power and pan/tilt/zoom from a head end to a camera. Combinations of baluns are called hubs.

Fibre optics provides benefits Above and Beyond Cat 5

Fibre optic technology, a method of sending and receiving information over great distances using light as the carrier, boasts significant advantages. Whether used as a backbone or a total transmission solution, its practical significance will be reviewed in more depth in Part 2 of this series to come. 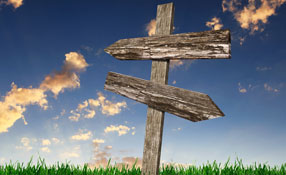 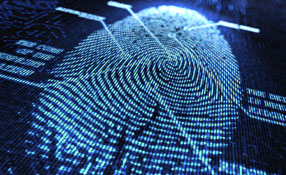