With behemoths such as AT&T Digital Life, Comcast Xfinity and now Google promoting interactive services, the traditional security industry has become the default beneficiary of deep-pocket competitors who dole out big bucks to advertise their solutions.

Whether or not this competitive caterwauling in television, print and social media will raise the actual penetration rate of home security is still unknown, but it’s certainly moving these services in the direction of mainstream consumption. According to industry research firm IHS Technology, Englewood, Colo., the residential intrusion alarm market in the Americas is expected to grow by 7.1 percent in 2014 and 9.4 percent in 2015. IHS says the entry of telecommunications and cable providers is “helping drive increased use of home security systems,” which stands in the 20 to 22 percent market penetration rate.

The consumer appeal of interactive services may actually promote the market’s growth now and in the future.

“Having apps and smartphone connectivity has heightened the awareness and relevance of security, and people are using their systems more,” Pope says. “We know the attrition rate for customers with interactive services is lower; it makes a ‘stickier’ customer,” he says. Pope says traditional hardwired alarms on POTS (plain old telephone service) only report when there is an alarm, and now people are dropping phone lines needed for these transmissions. However, the company is experiencing a high conversion rate to interactive solutions when AVI/STI explains and educates the benefits of advanced services.

“We point out that their alarm systems, in addition to interactive services, can be more relevant to them,” Pope continues. “As soon as you show value, such as getting text message alerts, they seem to be on board and you get more buy-in. Many didn’t know all they could do. And it’s interesting because they call to say they want to drop their hardwired alarm systems to save money, but once we educate them and convert them to GSM radio (cellular) they usually opt for full security, fire and interactive. When there’s value, it’s not a money issue any longer,” he says.

Matthew Ladd, president of The Protection Bureau, Exton, Pa., believes the benefits of basic security are enhanced by home automation and other connected services. “I don’t think home automation is driving security per se, but I do believe it builds greater interest for it. The capabilities of home security controlled by smartphones has increased the interest level of the buyer,” he says. “One really helps the other,” Ladd adds.

There’s another piece to this: whether customers with video and smartphone control will opt out of traditional central station reporting. Ladd believes his customers understand the importance of professional monitoring.

“If the customer is out at dinner or the movies, they want to know what’s happening at their home. They want a video or text alert on their smartphone, but don’t want to be responsible for contacting the authorities. They know my operators are available 24/7 and know how to handle alarms, so I don’t think self-monitoring is going to be a huge hit to the industry,” he says.

Ladd says advertising by telecommunications giants and other well-heeled competitors has definitely increased awareness. “They make it so sexy and fantastic,” he says. 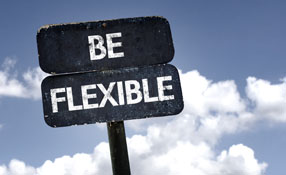 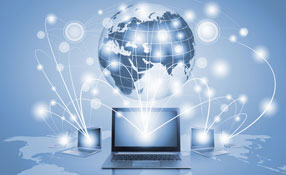 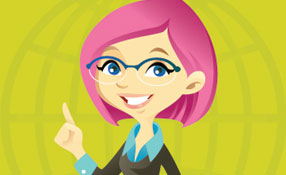