With several manufacturers now offering 4K CCTV cameras, Avigilon, based in Vancouver, British Columbia, raised the bar in April 2015 with the launch of their 7K HD Pro surveillance solution. The 30-megapixel camera is the latest addition to the company’s Professional Series, an innovative model Avigilon believes will drive competition in the security industry’s race for optimal resolution.

Critics have raised the argument that the technology may only be necessary for certain applications – specifically for casino use – and is unnecessary for many other commercial uses. So, is there ever such a thing as too good?

Integrator ACC Security Solutions specialises in the design, installation and maintenance of custom-tailored commercial security systems in the Northwest region of England. “We are an Avigilon partner, which is constantly pushing boundaries in the realm of CCTV and security. Through the technologies they develop we are able to provide our clients with the latest in security innovations,” says Simon Farmer, ACC Security managing director.

He says the emergence of newer technologies in general allow ACC Security to create intelligence within a system by enabling various aspects of the security system (the cameras, lights, audio messaging, alarms) to integrate and communicate with each other.

The future of 7K

Farmer expects many installation opportunities for the deployment of 7K cameras, with the technology best suited for applications that extend beyond gaming and include large open spaces such as stadiums, city centres, expansive warehouses and other similar vertical markets. “It allows you to zoom in from a distance and drill much deeper into recorded footage without losing detail. A single 7K can cover the same area as three 2K cameras, so it also offers a cost saving to those who utilise its technology,” he says.

A good candidate client for the technology would be an end user interested in capturing the finest detail possible in their footage. “One area that we have seen an increased interest in higher quality footage is the food and water production industries. Threats of poisoning from terrorists have meant that production lines must be monitored much more closely, and higher resolution offered by 7K makes this possible.”

Assessing the suitability of the use and placement of these cameras is vital if they are to be used efficiently and cost-effectively. For every site visited, ACC Security believes in correctly identifying and delivering the ideal operational requirements. The priority is ensuring the right system is selected for each client, installed to the best possible specification and that the system provides adequate and effective coverage. “All our systems are designed and fitted in consultation with clients to ensure the most suitable product is delivered,” Farmer adds.

Perhaps not just yet. But without global market leaders continually driving the evolution of security technology, the market would become stagnant. As long as the big players such as Avigilon keep bettering themselves and paving the way for this type of innovative technology, whether it is in HD imaging or other areas, the security systems that are available commercially will continue to evolve.

“It’s massively important for us to keep up with the latest technology available on the market (such as 7K cameras) as it lets us stay many steps ahead of the competition, many of whom can only offer equipment from out-of-date catalogues that have to be approved by many levels of management,” Farmer says. 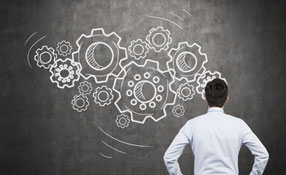 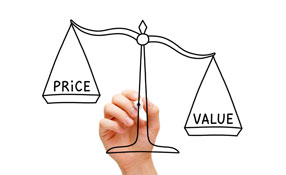