Deborah O'Mara
Download PDF version
Related Links
Theft of NATO data. Leakage of emails. Hackers setting up a live streaming website for over 100 New York City private webcams and even hacking the infrastructure servers of the U.S. government. As news of malicious takeover of private and corporate networks as well as incidents of malicious software programs, referred to as malware, continues to reach critical mass, the physical security industry knows it needs to be proactive to address these issues. At ASIS 2015, manufacturers indicated they are doing just that to secure data and, especially, networked video surveillance  and camera streams.

“All IP end points are connected to the network. And each time an installer hangs an IP camera there’s vulnerability to the network,” says Hare. “With Secure Communication, Panasonic IP devices have an extra layer of protection. It encodes data and encrypts transmission. This is a big effort now on behalf of Panasonic, to put this type of protection on our cameras,” he says. He adds that Secure Communication is available on all new Panasonic 3, 5 and 6 Series Models.

Protection at the appliance level

Rich Anderson, CMO and CTO of Razberi Technologies, Farmers Branch, Texas, says the company’s line of appliances that host video management systems also include measures to protect against data loss and cyber security threats. The company’s LocBeri Cyber Security System is designed to prevent unauthorised users from accessing network ports intended for use with surveillance cameras. Anderson says the potential costs and consequences of hackers getting through firewalls and onto the user’s computer networks can be devastating.

“Whenever you install IP cameras, especially outside on a building, you’re potentially opening the network up to others,” Anderson says. “One example is a college where students unplugged cameras and plugged their laptops into the ports to get into the network and alter their test scores. LocBeri automatically populates the MAC addresses of all ports through a utility software scan and locks down those ports with a single click. It’s one-button security,” he says. The company recently introduced LocBeri as a new standard feature on all Razberi™ ServerSwitch units.

The LocBeri system scans attached cameras and automatically configures the switch so only those cameras work on those ports. There is no major downtime or labour involved when undergoing system maintenance or changing a camera, because one push of a button unlocks all ports to allow for system changes and another push when finished re-locks the system, saving the installer programming and installation costs as well, Anderson adds.

Cyber security and outsider threats of compromise to the network is something the security industry continues to address with new layers of detection and protection. 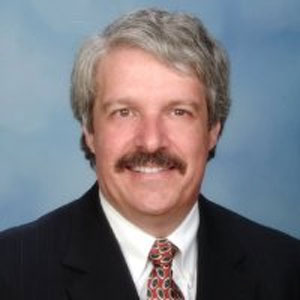