IDEMIA, the global leader in Augmented Identity, provides a trusted environment enabling citizens and consumers alike to perform their daily critical activities (such as pay, connect and travel), in the physical as well as digital space.

Securing our identity has become mission critical in the world we live in today. By standing for Augmented Identity, an identity that ensures privacy and trust and guarantees secure, authenticated, and verifiable transactions, we reinvent the way we think, produce, use and protect one of our greatest assets – our identity – whether for individuals or for objects.

We provide Augmented Identity for international clients from Financial, Telecom, Identity, Public Security and IoT sectors. With close to 15,000 employees around the world, IDEMIA serves clients in 180 countries.

The 100 Mount Street premium-grade office tower completed in May 2019, is the tallest (152m) building in North Sydney. With an innovative cross-braced exoskeleton structure and a soaring glass curtain wall, the tower celebrates Sydney‘s history of excellence in architecture and structural engineering. The 35-story office tower offers panoramic views of Sydney Harbour, Sydney Opera House and Sydney Harbour Bridge, and is occupied by some of Sydney’s best-known companies. The site also benefits from its proximity to key transport infrastructures with a train station, bus stops, ferry wharf and taxi stand all within walking distance. This high traffic location required a convenient and secure way to ensure controlled access for the 2,000 people entering the building everyday, while maintaining the aesthetics of the 8 metres-high ceiling lobby. Efficient control access to the building In order to efficiently control access to the building, the security contractor supplied top quality COMINFO EasyGate SPT entrance control gates equipped with IDEMIA’s MorphoWave™ Compact high-end biometric contactless devices. COMINFO is an experienced manufacturer of turnstiles and speed gates. EasyGate SPT models were installed, equipped with the latest MDD motor technology (Magnetic Direct Drive: no gearbox, no oil, no brush) and advanced infrared optical sensors which ensure safe passage and detect tailgating and cross-over, to ensure that only authorised people can pass through the gates. MorphoWave Compact™ is the flagship biometric device for physical access control from IDEMIA, the front-runner in Augmented Identity. The terminal performs a 3D scan and verification of 4 fingerprints in less than 1-second, in a quick and easy touchless wave gesture. Aesthetic integration The features of the product are particularly well-suited for high traffic locations with the capability to authenticate up to 50 people per minute thanks to advanced algorithms based on Artificial Intelligence. COMINFO carried out an aesthetical integration of MorphoWave™ Compact into EasyGate SPT, resulting in a powerful solution that brings the latest physical access control system using only a simple wave of a hand. The project was deployed by Centaman, COMINFO’s partner for Australia/New Zealand. First to implement biometric technology Dexus and Dexus Wholesale Property Fund who owned the building were the first to implement this biometric technology in office buildings and have now more than 2,000 people registered with their biometrics, removing the need for physical access cards or touching anything when entering or leaving the secured premises. The installation is highly acclaimed by employees who appreciate the frictionless and hygienic use of MorphoWave™ Compact and EasyGate SPT.

IDEMIA, the globally renowned company in Augmented Identity, moved to its new headquarters in September 2018, in an 11-floor building located in La Défense business district, in Paris, France. The building brings together 1,300 employees out of total worldwide staff strength of close to 15,000 people. Biometric access control Due to the sensitive nature of its activities in this building, and given its position on the biometrics market, IDEMIA decided to deploy biometric access control throughout the entire building, a first in this business district and a fantastic opportunity to showcase IDEMIA’s flagship products in real life. Most employees get to the office via nearby metro and tram stations, and therefore, arrive within the same 30-minute window. This creates the need for a high throughput access control solution, for entrance and exit peak-times. Access to the six elevators serving the eleven floors is given after a first control at speed gates in the lobby area. MorphoWave Compact devices deployed IDEMIA opted for MorphoWave Compact associated to Digicon’s dFlow speedgates IDEMIA opted for MorphoWave Compact associated to Digicon’s dFlow speedgates. MorphoWave Compact devices were mounted on a special stylish stainless steel pedestal. Four dFlow lanes were installed, with readers for entry and exit. MorphoWave Compact is IDEMIA’s flagship biometric device for physical access control. It performs a 3D scan and verification of four fingerprints in less than one second, in a quick and easy touchless ‘wave’ gesture within the reader. dFlow speedgates These features make the product particularly well-suited for such high-traffic locations, with the capability to authenticate up to 50 people per minute, thanks to advanced algorithms based on Artificial Intelligence. With dFlow speedgates, Digicon introduces a new vision for access control gates, one with continuous flows and normally open doors. dFlow enables free flow, ushering new levels of comfort and security. Frictionless biometric solution The installation is highly acclaimed by employees who appreciate the frictionless use of MorphoWave Compact and its natural ‘wave’ hand gesture, as well as Digicon’s ‘always open’ dFlow concept, that enables them to get to the elevators in only a few seconds. Of course, IDEMIA was well-placed for this biometric employee access control deployment, being the provider of MorphoWave Compact. The employees were immediately convinced by the frictionless and hygienic experience it offered them. The team in charge of the security of the building found the MorphoWave Compact and dFlow combination more secure and less intrusive than other access control systems. Most importantly, what is true for a company like IDEMIA will also be true for any company in need of a high level of security delivered in a frictionless and convenient way, especially in high-traffic locations like in an HQ lobby.

The Physical Security Interoperability Alliance (PSIA) has announced its Secure Credential Interoperability (SCI) initiative and a working group to advance its development.  “The physical access control industry has demonstrated a need for a universally compatible secure credential and we believe that we have found a simple, yet elegant solution to address this with SCI,” said Mohammad Soleimani, CTO of Kastle Systems and Chairman of the SCI Work Group.  SCI Work Group Mohammad Soleimani adds, “The specification will leverage the security, flexibility, and convenience of Public Key Infrastructure (PKI) and negate the need for investment in the infrastructure.” PSIA member companies involved in the SCI work group include, Allegion, ASSA ABLOY, dormakaba, Farpointe Data, IDEMIA, Kastle Systems, LenelS2, Tyco and WaveLynx Technologies.  “We are fortunate to already have a strong group of leaders in the access control and building management systems industries involved in the SCI Work Group,” said David Bunzel, Executive Director of the PSIA, adding  “They have been able to come up with an effective solution to an issue which will have broad application in the market.”  SCI specification with NFC and Bluetooth support The group has already prepared a draft specification for apps, readers, and locks featuring BLE compatibility The SCI specification supports NFC, ISO14443, and Bluetooth (BLE), and therefore, can accommodate all device types including cards, mobile devices, and wearables. The group has already prepared a draft specification for apps, readers, and locks featuring BLE compatibility.  “Mobile credentials are rapidly gaining in popularity with many commercial and institutional customers, but the diversity of offerings can often present interoperability and management issues,” noted Peter Boriskin, Chief Technology Officer for ASSA ABLOY Americas.  Enterprise credential management Peter Boriskin adds, “The SCI proposal aims to increase interoperability and reduce the barriers to portability, supporting enterprise credential management across multiple device manufacturers.” The SCI Work Group recognised that the proximity credentials, currently in widespread use, are not secure and organisations are actively migrating to secure credentials.  Solving interoperability issues of smart cards “Smart cards, one of the most commonly used access control mediums, are secure, but pose extremely challenging interoperability issues,” noted Hugo Wendling, the CEO of WaveLynx Technologies, adding “The PSIA’s SCI Initiative is a perfect complement to address this need.” The SCI leverages off existing standards and commercially available technology. For example, most smartphones enable the public/private key to be created by the device. This is compatible with nearly all smartphones, which have been produced over the last five years, including Android and iOS devices, which represent a significant installed base. The SCI Work Group is finalising its technical draft of the specification and any companies interested in being part of this process are invited to join the PSIA. 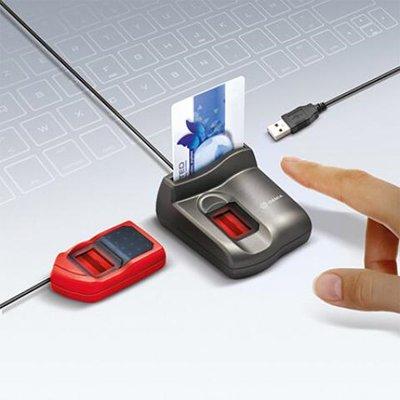 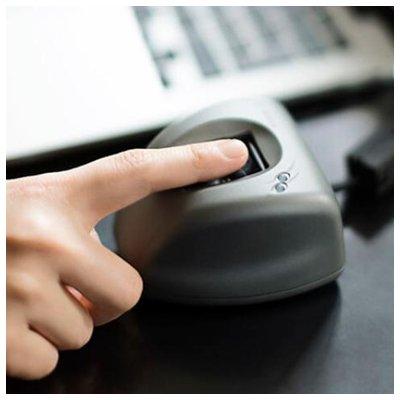 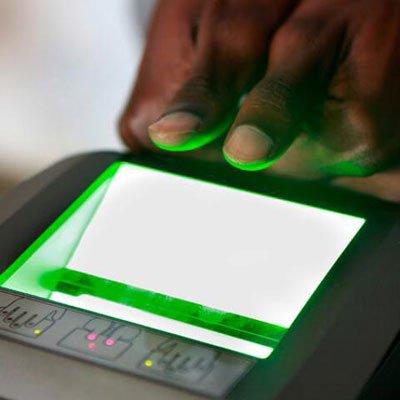 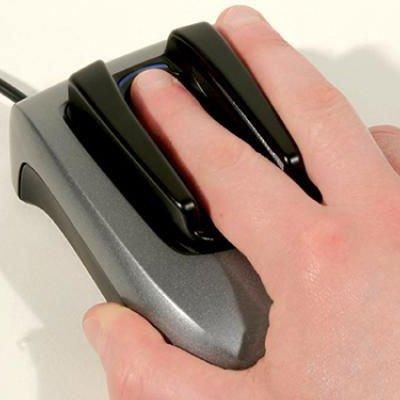 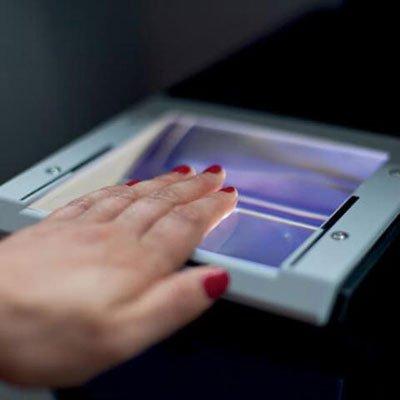 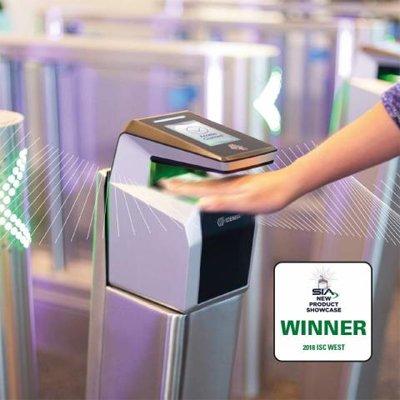 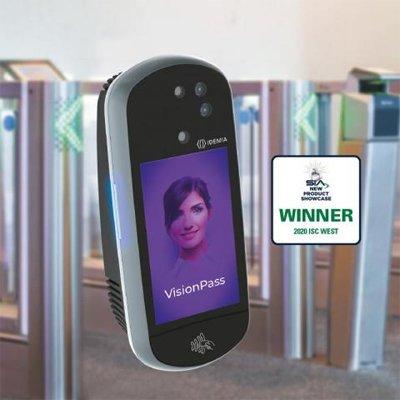 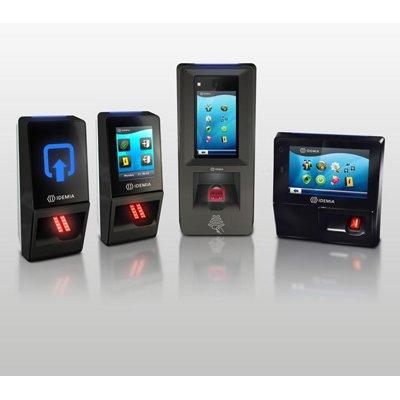